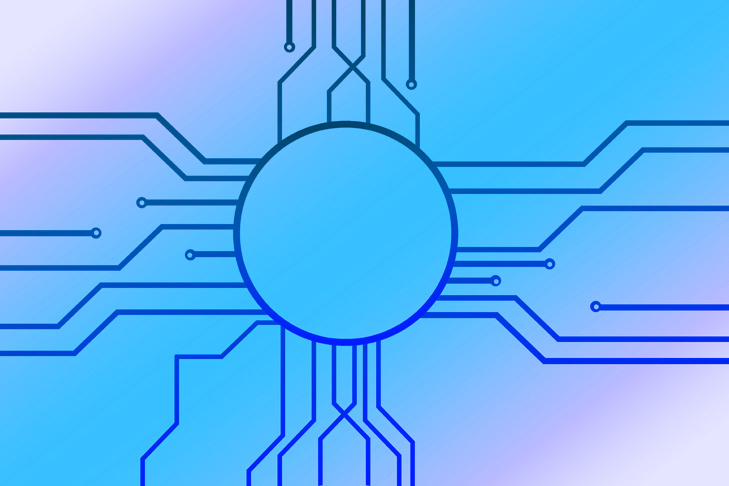 The Illusion of Decentralization

Back in the 1990’s, then-chairman of the Federal Reserve Alan Greenspan used the phrase “irrational exuberance” to describe the rapid and relentless rise of stock markets amidst a preponderance of data that should have tempered market mania. Setting aside Greenspan’s role in stimulating such “irrational exuberance” via interest rate driven monetary policy, it seems as though his phrase is ripe for recycling when looking at the current fever for “decentralization”; particularly, decentralization as it would apply to blockchain, Web 3.0, and cryptocurrencies. Can blockchain as a foundation of Web 3.0 really be decentralized?

What is now referred to as Web 1.0 was the proliferation of mostly static, informational websites, before the dominance of widespread e-commerce and social media companies which has come to be known as Web 2.0. Now, more and more buzz is being created around Web 3.0, where the concepts of decentralized finance, cryptocurrencies and the “metaverse” are the foundations of internet activity. Underlying all of this is the reliance upon blockchain technology to provide the utility required to make any of it work. Perhaps the biggest concept used to promote the positive aspects of blockchain is the idea of decentralization. Blockchain advocates often site decentralization as the foundational benefit, or even philosophy, behind why blockchain should be used as a replacement for nearly all aspects of the web, finance, travel, medicine, voting and many other areas of human activity. Because blockchains are technologically “decentralized” in the sense that information is distributed over far more networks and nodes of computers than currently utilized, that alone is used to promote the concept of Web 3.0 decentralization. Promoters of blockchain believe that somehow this will no longer permit huge data-driven corporations such as Google, Amazon, Facebook and others, or even governments to control and/or aggregate massive amounts of data for their own profit and purposes. This is the core of the illusion of decentralization.

Blockchains are essentially write-only databases, that theoretically could be publicly accessed by those with the technical ability to read them. This alone is a huge hurdle for most people to overcome to even be able to read their information on any blockchain. It would take large companies or organizations employing web developers and designers building intuitive interfaces to make this at all feasible. The information stored is encrypted for security, and every single item on the blockchain has a unique hash or id that cannot be overwritten. It can, however, be hacked or stolen like anything else. Cryptography, although obviously essential, is far from a perfect solution to perfectly protect the staggering array of information that will be stored on blockchain. Imagine every single aspect of your life that involves anything other than your immediate thoughts being permanently recorded on an immutable database. How could such data ever possibly be decentralized?

Just take one example, which is likely to be one of the first to roll out on a massive scale over the next few years. Digital currency, (cryptocurrency), is already being studied and developed by nations all over the world for use as a replacement for current forms of money. The US is looking into the feasibility of a CBDC (Central Bank Digital Currency). Did you notice that word “Central”? The Federal Reserve acts as central bank for the US Treasury, exerting much more influence over the US dollar than you might realize. Single individuals such as Alan Greenspan help to set policy such as the Federal Funds Rate for all banks in the US, as well as the US government itself. Is this “decentralization”?

If the physical US dollar is “replaced” by a digital dollar, with each and every transaction recorded on blockchain, the result will be the exact opposite of decentralization. Proponents argue that there is already a similar system in place with EFTs (electronic funds transfers) being such a huge proportion of economic activity. That does not apply to cash transactions, however. No one forces anyone to use credit cards or electronic forms of payment. However, Central Bank Digital Currency is very likely to totally replace cash, because the temptation to monetize and profit from the sale of data records that will accumulate about each and every person’s financial transactions will be too much to resist. This data monetization already has been exploited for nearly everything that occurs online. It is the very opposite of decentralization to have a system where every financial transaction is logged on blockchain, with the primary curators of the information being the Federal Government hand in hand with the private Federal Reserve bank system, as well as the likelihood of major corporations assisting in facilitating the massive amount of data that is collected as a result of such a system. Sorry, but no government is going to permit anyone to have their own form of currency to use as they please. It only takes passing a single law to declare that only a CBDC is a valid form of currency, or that all other cryptos cannot be used for transaction purposes. There is no “decentralization” of federal law.

Blockchain decentralization is an illusion, a mythology. The sole example of CBDCs are the just tip of the huge iceberg, as blockchain will be used to acquire and permanently store all data about everything that can be quantified. Even access to the web itself harbors a major illusion. Ask yourself this: where does your internet connection come from in the first place? Unless you yourself put a personal satellite in space, or own fiber optic networks, or something of the sort, you don’t even access the web without the possibility of all of your data being aggregated or, at the very least, monitored by a centralized body of some sort — whether a corporation, utility, or government. While cryptocurrencies and blockchains have some potential for positive practical purposes, no one should be subject to the illusion that they will be free from centralization or aggregation. There needs to be widespread public dialogue about all of this, and it is in everyone’s best interest to be free of an illusion as big as this.